A nice interview with Cola Daily about The Stone Necklace and One Book, One Community: read it here.

Podcast interview! Oh, how I hate listening to myself talk. You can find info here.

I have two careers. I am a writer. I am a social worker. These roles sometimes merge. This year, I’ve been very involved in advocacy for our clients, and have had several op-ed pieces published in various newspapers. Perhaps this is why, in March, I was given this award:

I’m not sure that I deserved it–there are so many other outstanding social workers in our state. I’m proud to be in their company. 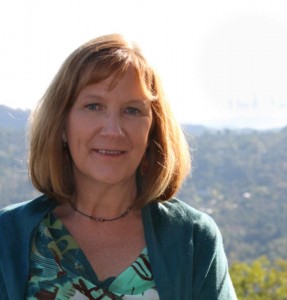 Carla Damron may have retired after working for 31 years as a social worker in mental health, but she is staying busy as an advocate and educator for the profession.

Not only is Damron the executive director of NASW’s South Carolina chapter, but she also has started on her fourth mystery novel featuring fictional social worker and amateur sleuth Caleb Knowles, which she hopes to complete this spring.  Damron said she writes to entertain readers as well as educate them about social work issues.

As an NASW chapter leader, Damron said she hopes to reinvigorate members and rally them to fight state budget cuts that could hurt agencies that employ social workers. The South Carolina chapter has about 1,000 members.

“The chapter has been struggling for a few years,” said Damron, who started the job in June. “We have been trying to rebuild it.”

Damron is doing promotional presentations to educate social workers about the value of membership, learn what services they want from NASW and find out why former members left the fold.

One thing she has learned is that South Carolina social workers want the association to strongly advocate for them, including pushing for higher pay, she said.

“We are trying to get the government affairs committee back in action,” Damron said. “We are looking at several issues that need to be addressed, such as cuts to social service agencies and the agencies that take care of the folks who need to be looked after.”

Damron said she wanted to keep working part time after she retired and also wanted something that would challenge her in a different way. That is why she decided to put her name in the hat to become executive director of the NASW South Carolina chapter.

Damron also continues to write. She has published three books — “Keeping Silent,” “Spider Blue,” and “Death in Zooville” — that follow her main character Knowles.”Death in Zooville” was inspired by Damron’s volunteer work in homeless shelters. She said she donates royalties and speaker’s fees from the book to local homeless shelters and food banks. She also just completed a non-mystery novel about four women whose lives intersect after a car crash. The work is more literary than her other books, Damron said, and explores the different textures of emotional recovery.

“It’s the best of both worlds,” she said.

From February 2012 NASW News. © 2012 National Association of Social Workers. All Rights Reserved. NASW News articles may be copied for personal use, but proper notice of copyright and credit to the NASW News must appear on all copies made. This permission does not apply to reproduction for advertising, promotion, resale, or other commercial purposes.